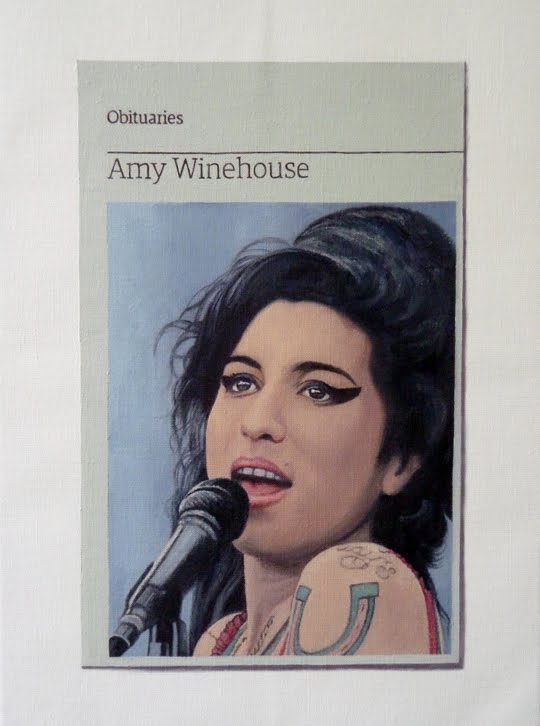 In Obituaries, currently on show at Charlie Smith gallery in London, Hugh Mendes presents a series of paintings of famous figures in their final guise: as the recently departed.

The paintings show clippings from a newspaper’s obituaries pages (the Guardian’s by the look of the font), cut to show just the name and photo of the dead. Mendes has been making oil paintings of newspaper pages for over a decade, but the works here all portray subjects who died in the last couple of years, emphasising what a bumper few years the grim reaper has had (though perhaps this is always the case). A mix of cultural figures are portrayed (Amy Winehouse, Elizabeth Taylor, as well as a number of characters from the art world, including Lucian Freud, Louise Bourgeois, and critic Tom Lubbock), alongside the grim triumvirate of Gaddafi, Kim Jong-il, and Osama bin Laden. The latter appears accompanied by a 'portrait' of those killed in the 9/11 attacks, which shows a newspaper clipping listing their names. 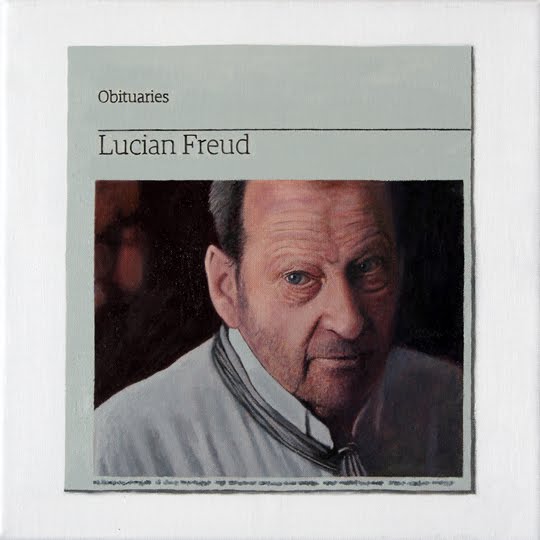 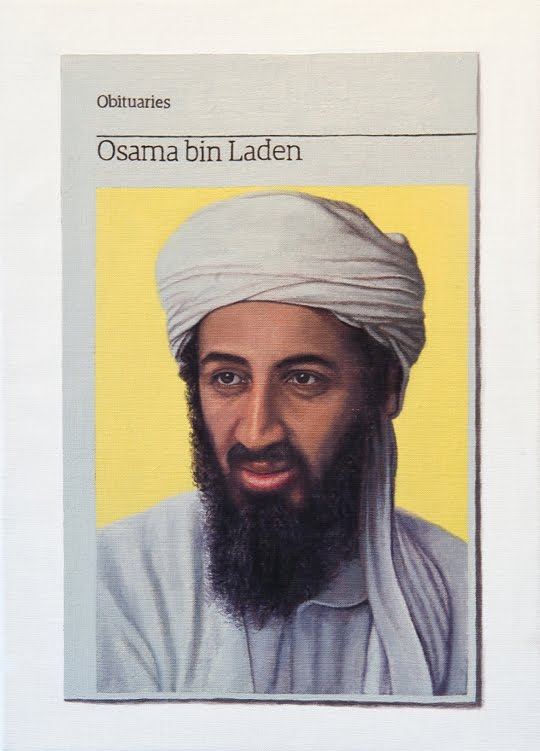 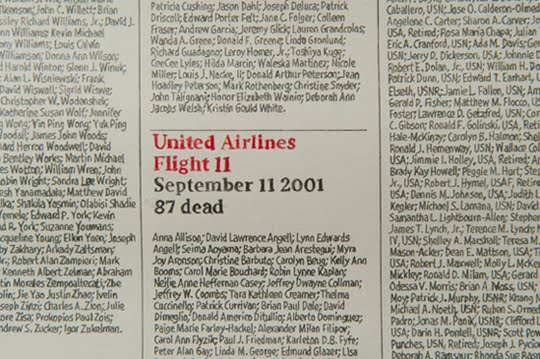 The paintings highlight the morbid curiosity contained in images of the recent dead, and of how the subjects’ signature style takes on an iconic quality after death. I find myself starring at each figure, wondering what they were thinking of when the photos used here were taken, and whether death, at that moment, was at all on their minds. 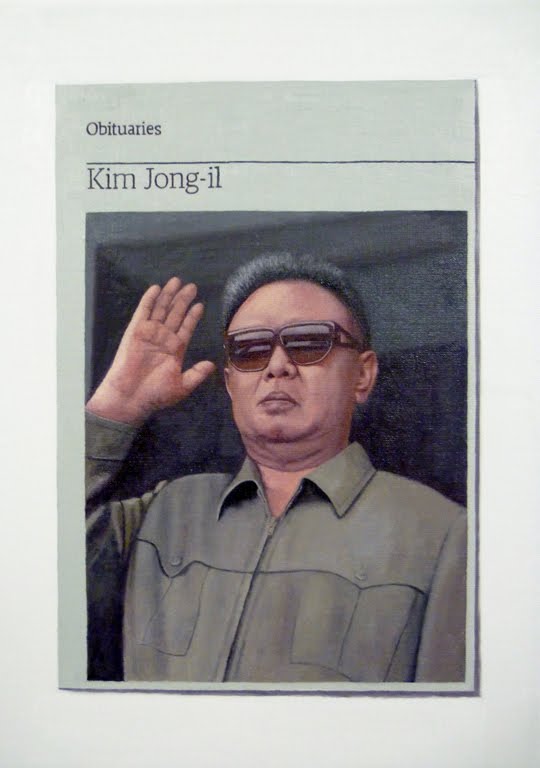 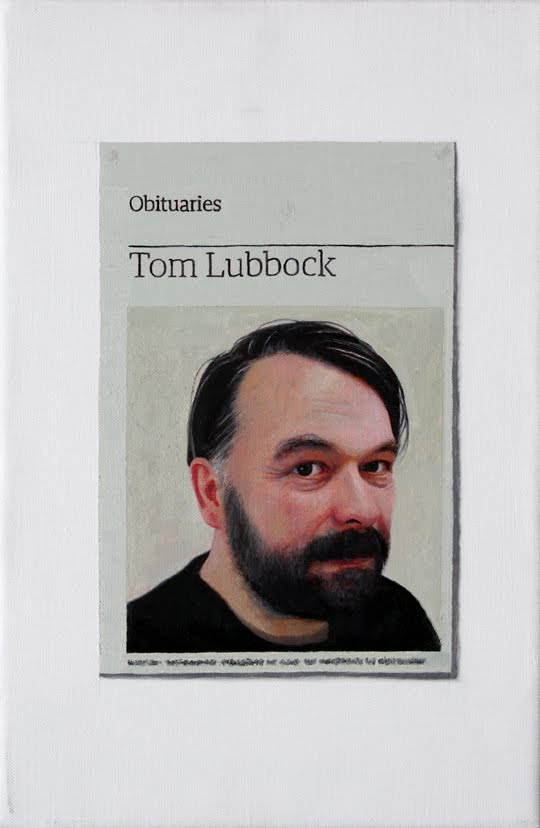 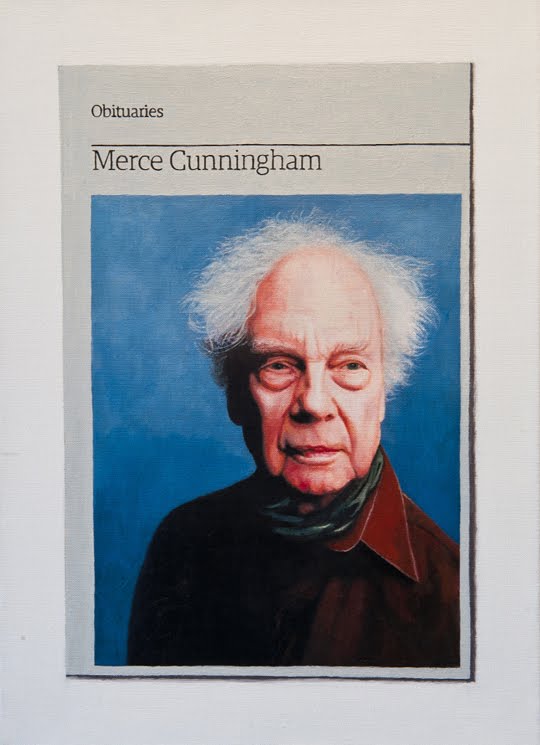 Obituaries by Hugh Mendes is on at Charlie Smith in London until March 31, charliesmithlondon.com.
Posted by SODSOA at 16:13