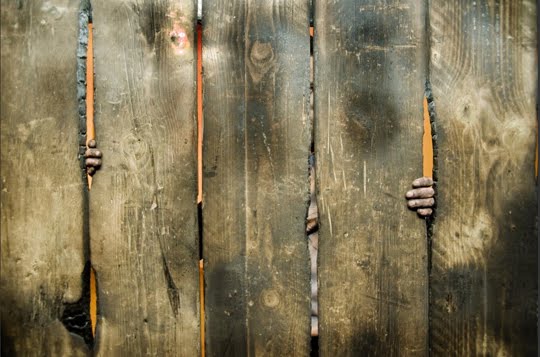 The project is the culmination of three years’ work by Storer and evolved out of a series of workshops with men from three prisons. Storer and Artangel worked with the support group Gays and Lesbians in the Prison Service (Galips) to help find gay prisoners to contribute to the project, after initially being told by representatives at Wandsworth prison services that there were none. Storer also worked with prison staff. “Working with prison officers was a way of letting people know about the project and getting to understand that it was non-threatening,” says Storer in a recent Guardian interview. “We did a radio interview which went out to the prisoners and put up posters. We didn’t say ‘Are you gay, do you want to come and do a workshop?’, it said ‘Are you against homophobia?’” 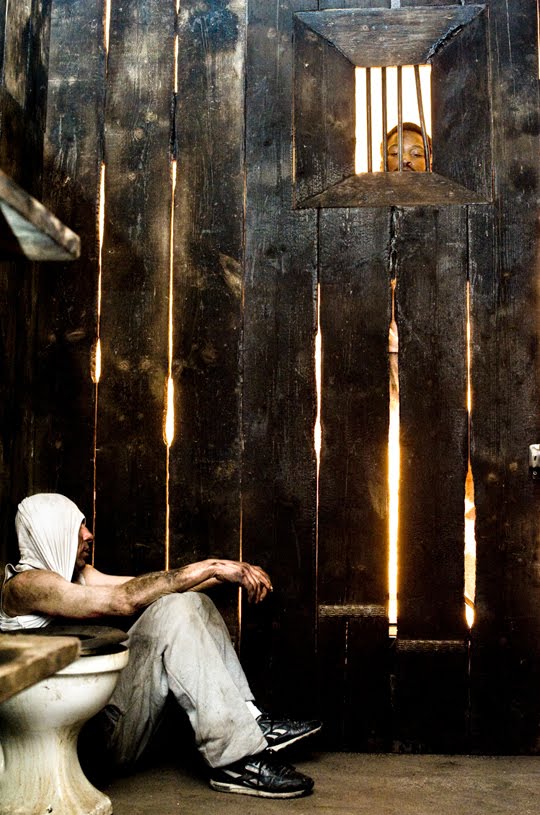 The workshops resulted in the installation on show in London until March 31. Starring real prison officers (who have taken a leave of absence to perform in the work, hence its short run) alongside actors from the Only Connect arts company, which works with former prisoners, the installation consists of a series of short vignettes that explore the experience of prison life for gay prisoners, the relationships formed there, and the suppression of personality that accompanies incarceration.

Visitors to A Tender Subject are thrust into the heart of the performance, which takes place in the evening. Picked up at a location disclosed just before the event, they are asked to hand over their mobile phones before being driven through London by the prison guards in vans, to the large, damp warehouse where the project is set. The sense of unease continues inside as a door slams dramatically shut to signal the beginning of the piece, and the audience’s brief containment within it. From that point on, they are at the command of the guards, who order them through the space with the firm but repetitive phrase, “it’s time to go”. 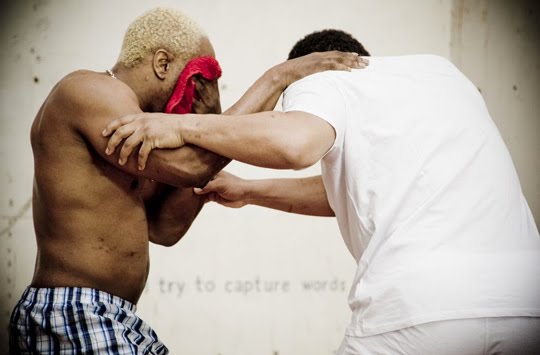 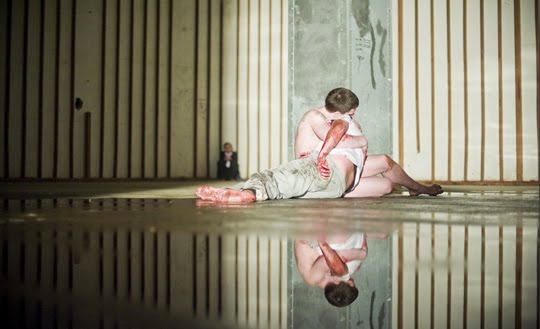 Short scenes play out in different rooms in the space. Some show moments of kindness, others brutality. Storer uses magic realism to express events within the prison: one scene features a cell constructed with loaves of Mother’s Pride bread (apparently the brand has a contract with prisons), while another, set in a shower block, sees one man painstakingly lead a blindfolded companion across the floor, using ceramic tiles as stepping stones, as they are both drenched in water thrown by a third, taunting figure. Enigmatic phrases are written out on the walls, and towards the end of the piece the symbolism is ramped up as the dramatic figure of a Trojan Horse is employed to highlight the hidden emotions of the traumatised men. 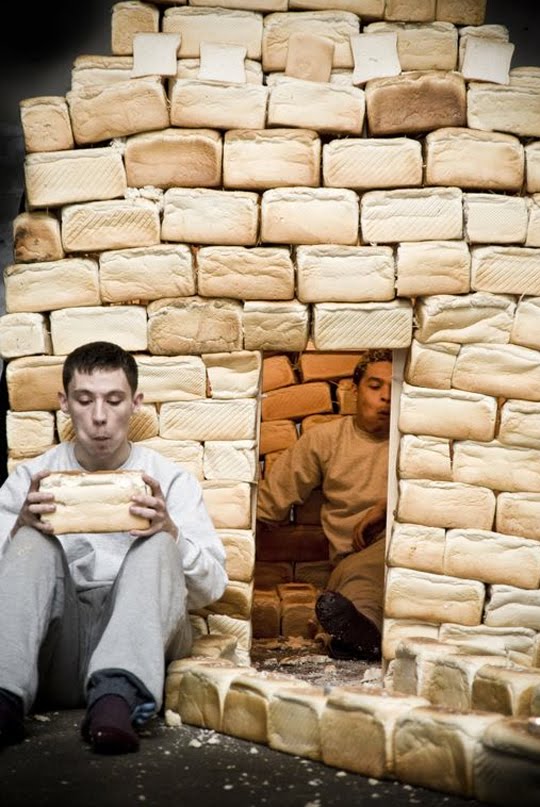 For the audience, A Tender Subject is an assault on the senses: the scenes are linked by the presence of a singing figure, whose voice echoes across the dank walls of the space, and Storer also bombards our olfactory system with a series of scents: soap, bread and flowers mingle with the sense of pain and anguish in the air. For a brief half an hour, visitors are absorbed into the intense experience of the installation, before being released, disorientated, back into the ordinary world of the city.

A Tender Subject is on show until March 31. Information about booking (only returns are available) is at artangel.org.uk. There are also two talks with the artist and several of his collaborators on the piece, taking place on March 24 and 31. Tickets are still available for these: visit artangel.org.uk/talks to book.
Posted by SODSOA at 16:31