Michael Samuels: Tragedy of the Commons


Nope, this isn't the latest in retro modular furniture, but an installation by Michael Samuels, currently on show at Rokeby in London.

The installation, titled Tragedy of the Commons, is the latest in a series of works by Samuels utilising Modernist furniture, and his largest to date. It fills the basement space in Rokeby, allowing just enough room for the viewer to navigate around it, and explore how the piece is put together. Despite its utilitarian look, the piece is in fact largely impractical, with drawers turned on their sides and cupboards strapped closed. It is lined with many speakers however, giving the impression it could host quite the party given enough electrical wiring. 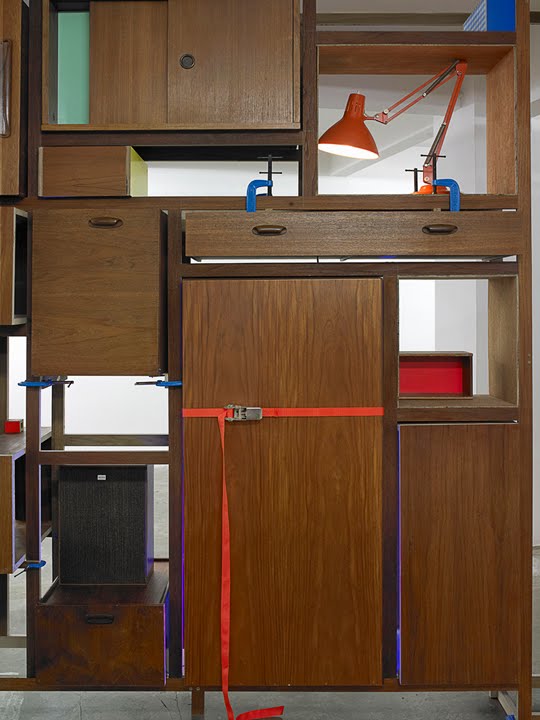 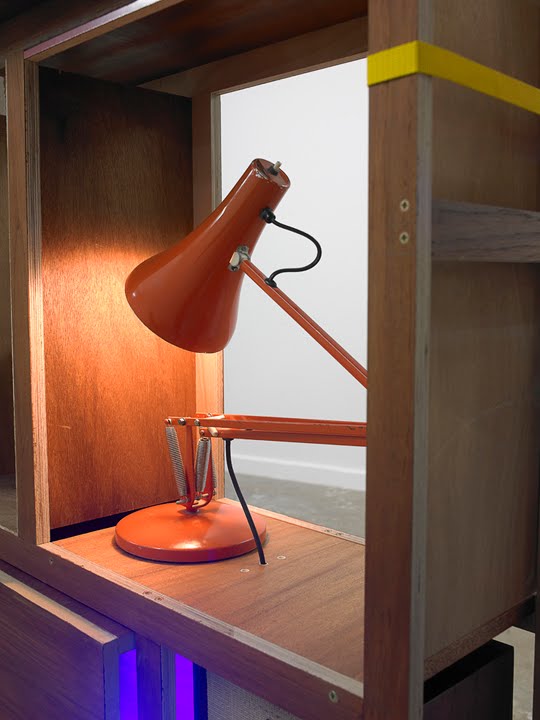 Samuels' earlier works were more specifically narrative-based, with scenes starring tiny figures playing out in miniature upon the old furniture. More recently, he has moved away from such imagery, which feels rooted in a situation or place, to explore the abstract potential of the furniture itself. Tragedy of the Commons contains certain sequences – it is divided into four large elements, with recurring patterns and shapes – yet its use of furniture draws it into a place that feels homely and familiar, removed from the cool order normally associated with abstraction. It is an object caught between the abstract and the functional, that is both recognisable yet absurd. 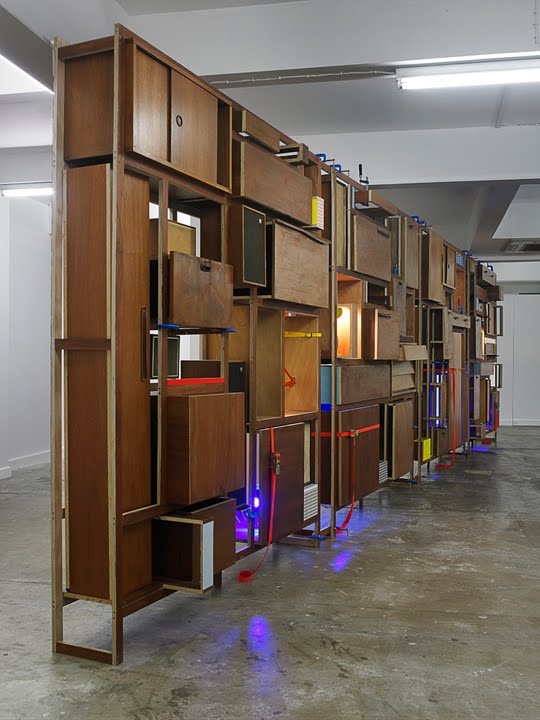 Michael Samuels: Tragedy of the Commons is on show at Rokeby until May 12, rokebygallery.com. More of Samuels' work can be seen online at michaelsamuels.co.uk.
Posted by SODSOA at 13:55