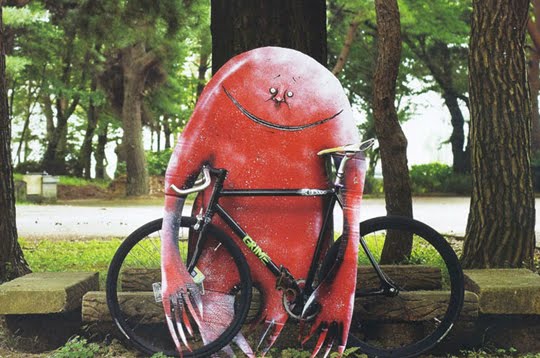 The second artist from my recent Tokyo trip that I'd like to share is Yoshi47, who specialises in painting mysterious creatures who often pop up in unexpected places around town...

Originally from the Gifu Prefecture in Japan, Yoshi47 spent some time in California in the early-2000s before returning to Japan in 2006. He is currently based in Tokyo, where he curates art shows and also works in graphic design as well as painting. He describes his work as depicting "an imaginary world that I think most people dreamt about as a child".

"The world I see is both fun and mysterious," he continues. "I want to be able to make something happen in this world, which is why I tend to create so many types of creatures. They're not necessarily good or bad, happy or sad, light or dark. They're there to represent my heart: the people I've met, things I've experienced, and emotions I've felt." 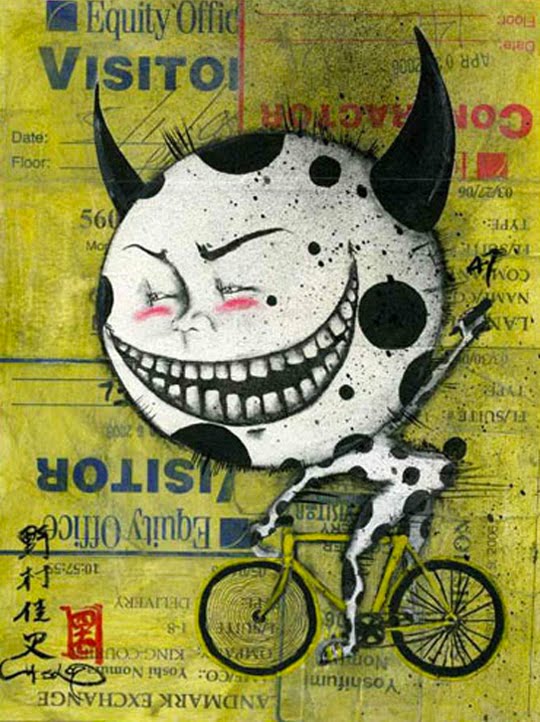 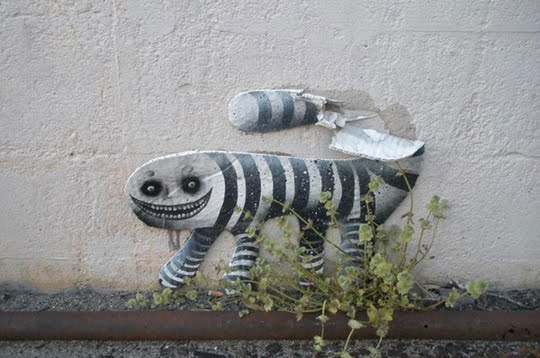 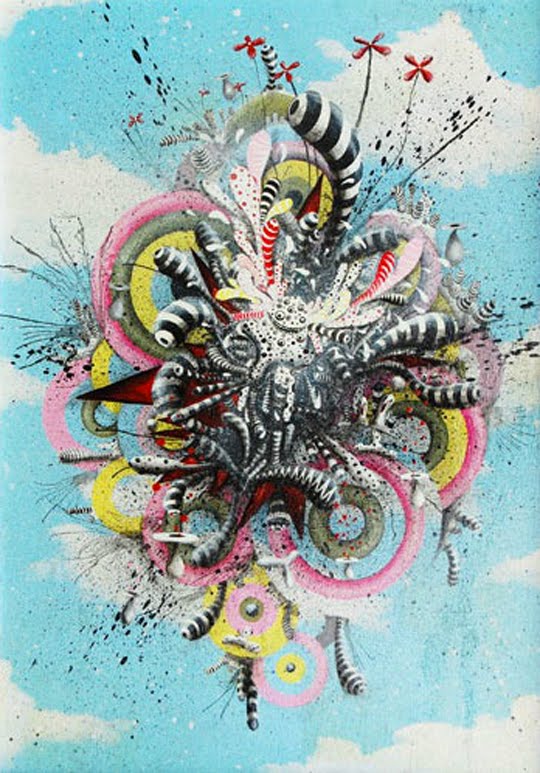 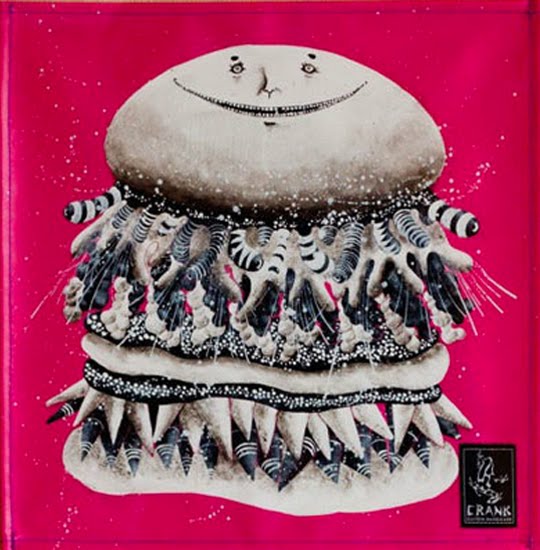 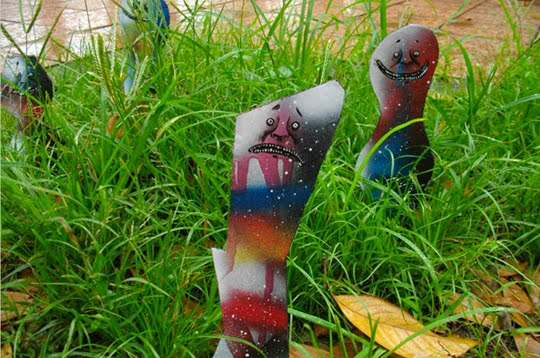 Shown here is a selection of Yoshi47's artworks; more can be viewed online at yoshi47.com.