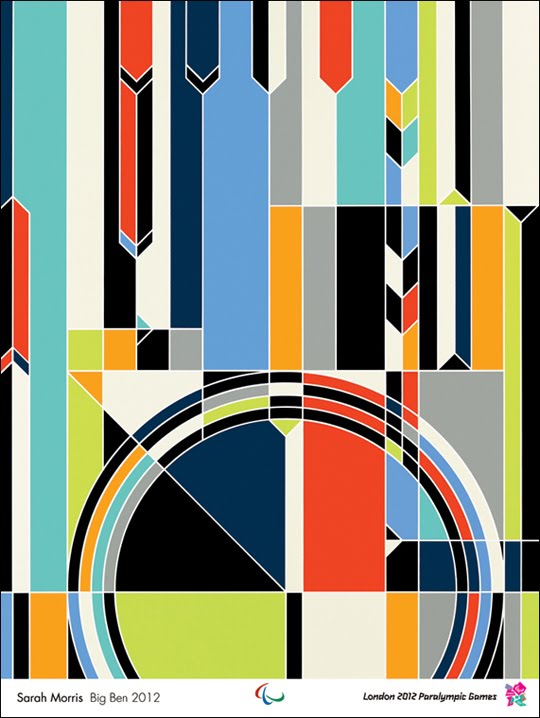 A series of 2012 Olympics and Paralympics posters created by a range of British artists was unveiled yesterday. I rather like this one by Sarah Morris, so thought I’d stick it up here. Sadly though, aside from Morris' and maybe the ones by Rachel Whiteread or Chris Ofili, the posters are a rather disappointing bunch.

As far as I’m aware, the posters are not intended to be ads for the games, but more a general celebration of the event. The images will be shown in an exhibition next summer and the posters can be bought now for just £7 (limited edition prints from Counter Editions are available too, for quite a lot more). The full list of artists involved are Bridget Riley, Howard Hodgkin, Martin Creed, Rachel Whiteread, Anthea Hamilton, Chris Ofili (Olympics) and Bob & Roberta Smith, Tracey Emin, Sarah Morris, Gary Hume, Fiona Banner and Michael Craig-Martin (Paralympics). 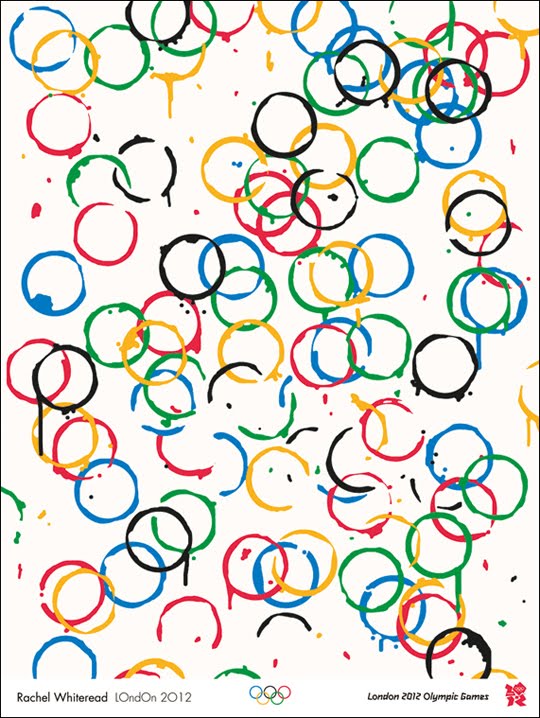 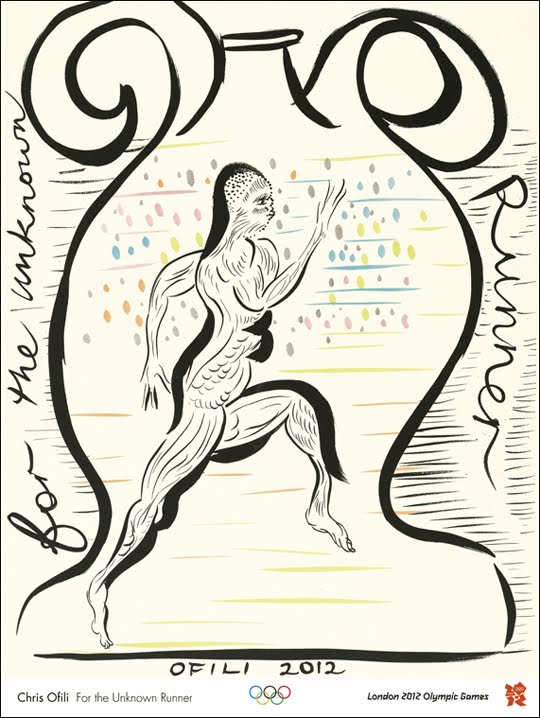 These kinds of projects are easy to knock, but there are nonetheless some missed opportunities here. Firstly, the choice of artists for the series is very safe, a mix of older generation artists and YBAs, with the latter now so establishment that they are a conservative (and over-used) choice. They are the UK’s most famous group of contemporary artists, and the Olympics is a mass-market event, so perhaps it was unlikely that anyone more radical was going to be asked, but I can’t help but wish some less famous figures, young or old, had been picked instead. Another complaint is that Britain’s extremely healthy design industry has been left out in the cold once again, a point debated in more detail over on the Creative Review blog. The defence is that this project is about artists, rather than designers, but with a few of the posters seeming to be barely about the Olympics at all, it's difficult not to rue that designers and illustrators haven’t been given the chance to make a contribution too. 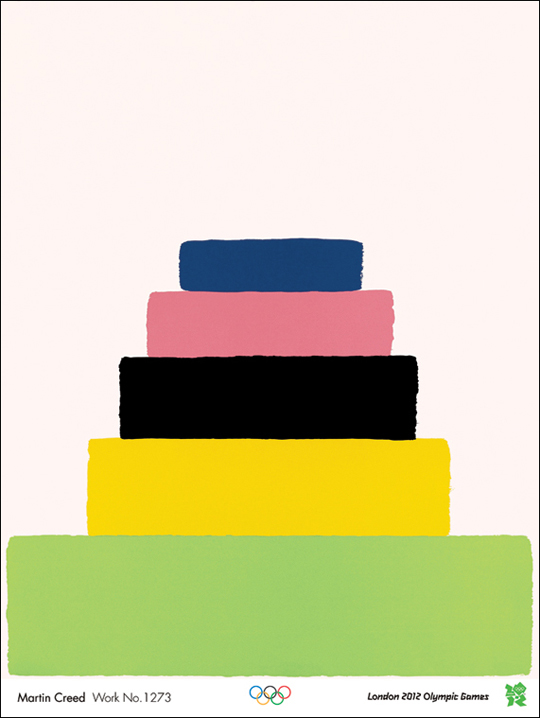 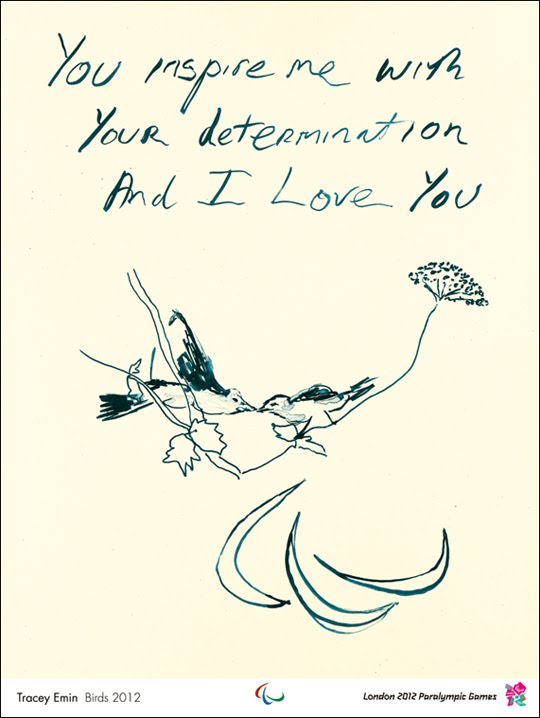 It all adds up to what has been an ongoing problem in the creative work produced for the Olympics so far: that it has lacked creative direction and zest. There seems to be such a terror of offending on the part of LOCOG (perhaps as a result of the almighty furore that greeted the release of the Olympics logo) that they have made safe choices throughout, and in turn lost an opportunity to show off the thriving UK creative industries, in all their variation, on a world stage.