On Irma Boom and the love of books 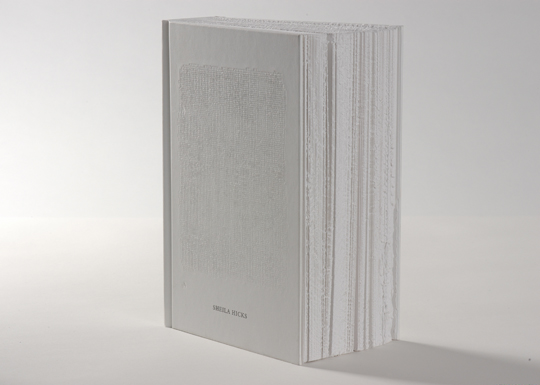 I interviewed the book designer Irma Boom for the December issue of Creative Review, and in doing so revisited her beautiful monograph for Sheila Hicks from 2006, which I thought I’d share here.

I first met Irma at the Kyoorius Designyatra festival in India in September, where she was a speaker. Her talk was simple: she sat behind a desk and talked quietly through a number of the publications she’s designed, but by the end had the audience hanging off her every word. I found her an inspirational figure: devoted to her work and determined to produce the best books she possible can, which requires great tenacity in the face of all the things that can throw a project off course or lead it to end in mediocrity. This has inevitably caused a number of confrontations in her collaborations, which made for great anecdotes at a design festival. 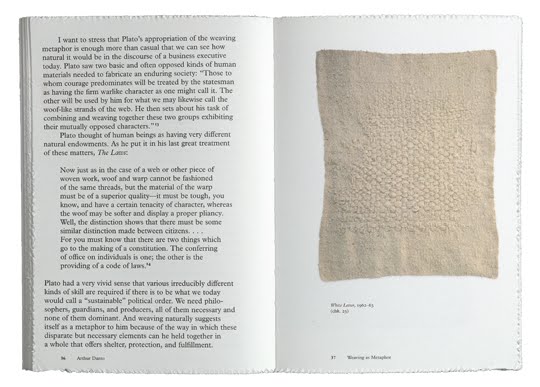 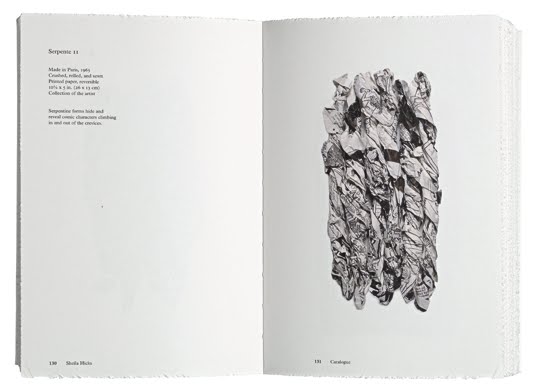 One of the best was connected to the Sheila Hicks book. The book was created to accompany a show of work by Hicks, a textile artist, at the Bard Graduate Center in New York. Boom’s design solutions for it are in many ways simple, but contain unorthodox touches: for example, she has created a book with a white, embossed cover, which is never popular with publishers as it will quickly attract dirt. For Boom this was part of the appeal. She wanted to create rough edges to the pages, to reflect Hicks’ own designs, and also to present the opening essay in text that decreased in size over the pages. This was so it would be more inviting to the reader, but there was concern that this might be perceived as un-academic and another battle ensued. 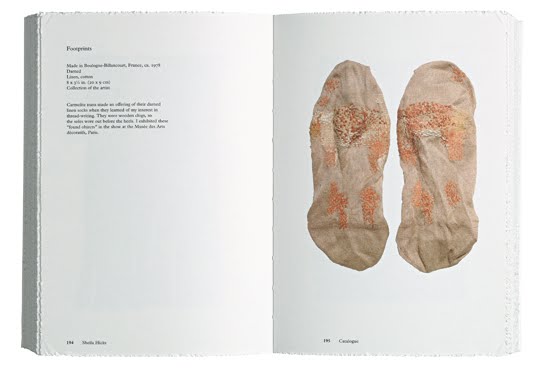 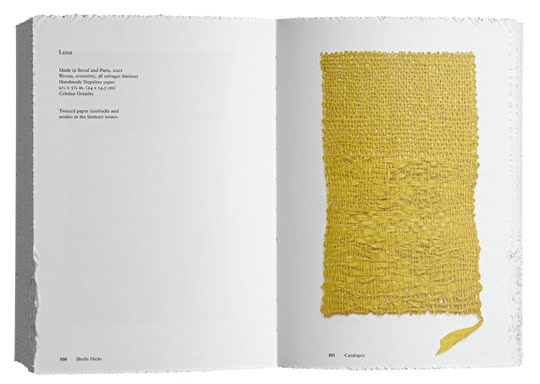 Boom won all these, and even won over the commissioner who felt compelled to fire her during the course of the project (they have since worked on other projects together, and are clearly now great friends). She did this by simply carrying on with her work and ignoring the dismissal. This is probably not a strategy that would work for everyone but thankfully it did here, for the resulting book is as lovely an object as it is a resource on Sheila Hicks. And in today’s obsession with the Kindle etc, it’s a great story of the triumph of a book, for it was both a huge commercial success and brought Hicks' work to a whole new audience. Who says that books are dead?

This video from D&AD shows Boom talking through the Sheila Hicks book design in a lecture:

My interview with Boom is in December issue of CR, out now at all good newsagents and book stores...
Posted by SODSOA at 13:48