The brilliance of Björk 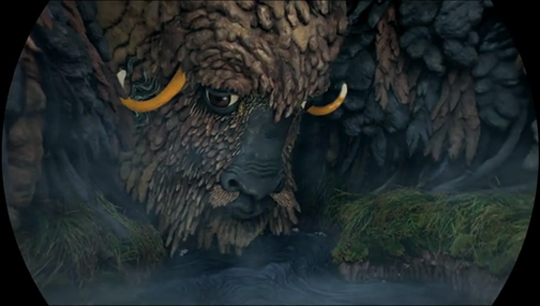 I went to the Bug Björk special at the BFI Southbank in London on Friday night, which showed 12 of Björk's videos on the big screen. She's so great and has commissioned some of the best videos of the last 20 years. Here's my top five.

First up, the epic promo for Wanderlust from 2008, directed by Encyclopedia Pictura. This took nine months to make and the original was shot in stereoscopic 3D.

Stéphane Sednaoui's video for Big Time Sensuality from 1993 features a super sweet and joyful Björk dancing on the back of a truck travelling through New York.

Chris Cunningham's robot-love video for All Is Full of Love wowed when it first appeared in 1999 and still wows now.

Björk's at her most bonkers in this video for Triumph of a Heart from 2004, directed by Spike Jonze.

Björk's been working with Michel Gondry since 1993, and it's hard to pick my favourite from the many videos he's directed for her, but I think this is it. Made for the song Bachelorette from 1997, it's a parable about the dangers of fame, and is classic Gondry. I thought he might be at the Bug event on Friday night, talking about his collaborations with her, and could have sworn we saw him in the foyer. But he didn't ever take to the stage...was it him? We'll probably never know...
Posted by SODSOA at 17:08