Two Peacocks and the art of the maximal 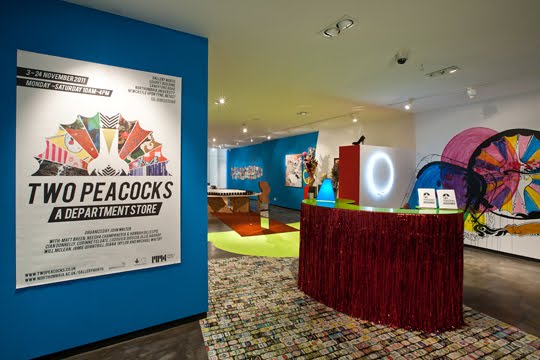 In Two Peacocks, John Walter has transformed the space at Gallery North in Newcastle with an exuberant, ‘maximalist’ exhibition that explores the blurred lines between art and consumerism…

The show is curated by Walter and features a number of his works, alongside pieces by Cian Donnelly, Corinne Felgate, Michael Whitby, Will McLean, Neesha Champaneria & Hannah Gillespie, Matt Breen, Diana Taylor, Ludovica Gioscia, Jamie Quantrill and Ollie Harrop. It is described as ‘a department store’ but it’s best to cast aside any traditional expectations that might conjure up, for this is a shop on acid, with every wall and surface covered in paintings, slogans, wallpaper artworks, as well as sculptures and installations, some of which are interactive; the clothing section, for example, is reached by launching yourself down a slide in the centre of the space, while in another corner a game of mini golf is set up. 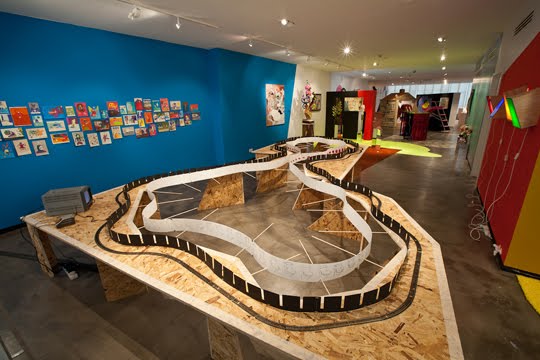 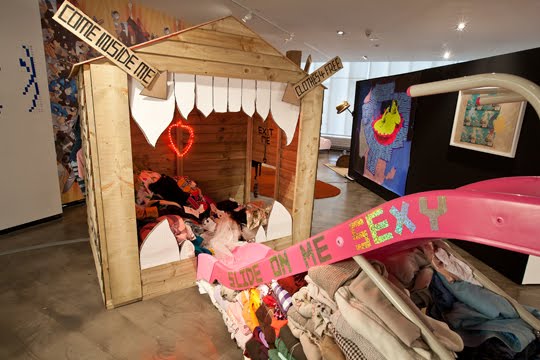 This may sound bewildering, but there is order here too, defined in part by the various shop sections, which include make up, books, and ‘the department of hard and soft furnishings’, which features furniture by Corinne Felgate, constructed from human hair. As with most things in Two Peacocks, these works are simultaneously seductive and unsettling. In another part of the space, Jamie Quantrill has set up a mini train track-cum-animation studio: equipped with a camera, the train whips past a series of drawings that form a cartoon presented on a screen next to the track. The cuteness of the train is offset by the drawings, which feature a toilet slowly filling up with blood. 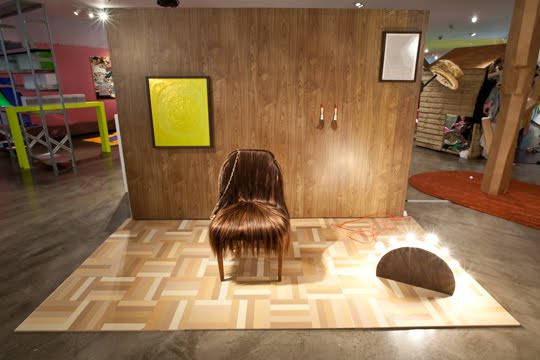 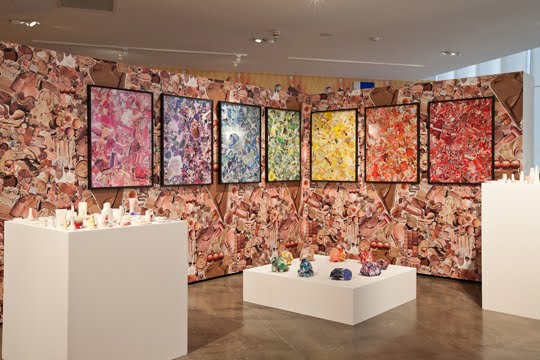 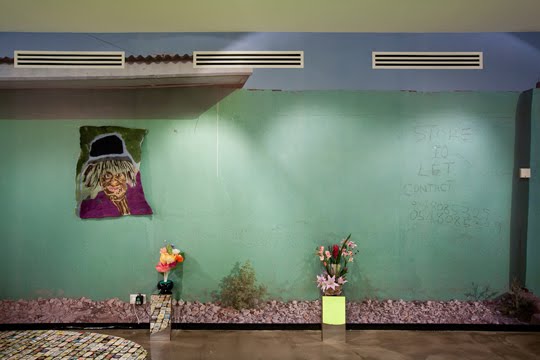 I’ve known about Two Peacocks for some time now, and wrote an essay for the catalogue that accompanies the show. From the outset, which was over a year ago, the project has been centred on collaboration, with Walter keen to create an exhibition beyond a typical group show, where the artists might contribute works but have little to do with one another. Instead he encouraged a fully formed partnership, with the artists working and experimenting together to create the show. The success of this objective can be seen in the cohesion of the finished exhibition, where works by the different artists overlap and blend in with each other, forming a singular body of work. Two Peacocks is a wild, joyous swipe at the minimalism that pervades much of the art world, and instead shows the strength of possibility to be found in the maximal. 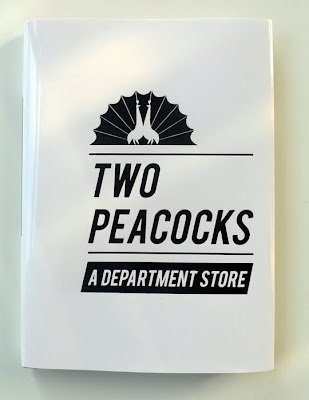 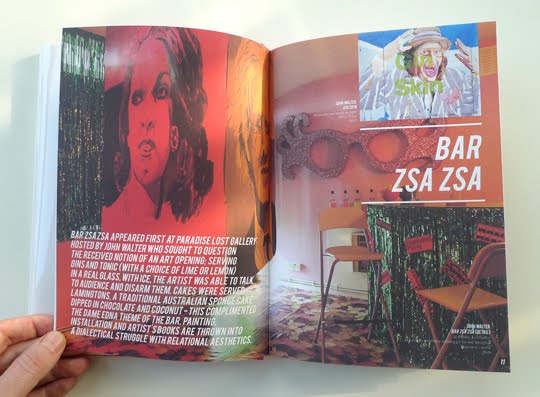 Two Peacocks is on show at Gallery North in Newcastle until November 24. More info on the exhibition, and the Two Peacocks project in general can be found at twopeacocks.co.uk.
Posted by SODSOA at 11:49