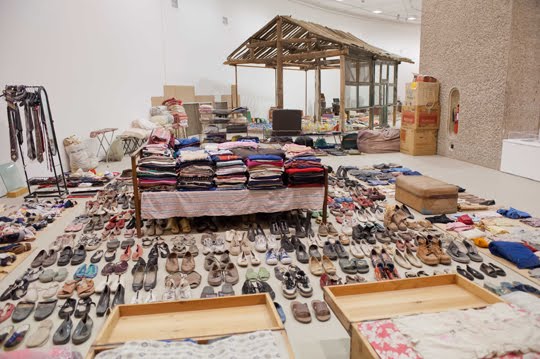 Waste Not, a vast installation currently on show at the Curve gallery in the Barbican, is the story of a life told via everyday objects.

Created by Chinese artist Song Dong, the installation collates over 10,000 items collected by his mother, Zhao Xiangyuan, over five decades. The objects are distinctly ordinary, and grouped by likeness, resulting in piles of plastic bowls stacked alongside blankets, toys and neatly piled stacks of linen. Some sections speak of practicality – old pieces of used soap are saved for future use – while others are more suggestive of obsessive hoarding – hundreds of empty plastic drinks bottles sit alongside old yoghurt pots, and piles of disused lighters. 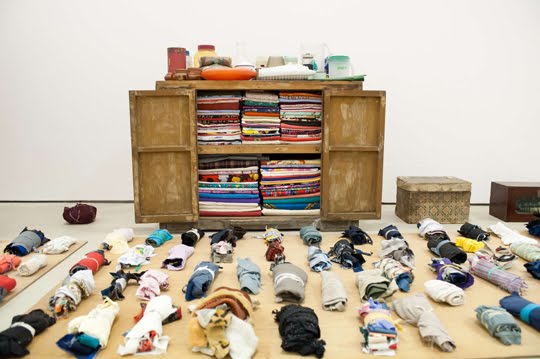 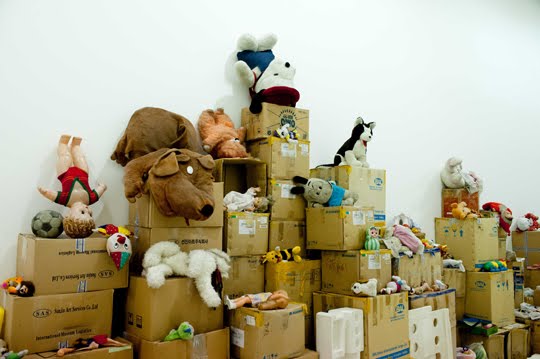 Song Dong began the work after the sudden death of his father in 2002, as a way of dealing with the family's grief, in particular that of his mother, who sank into a deep depression. He saw their joint cataloguing of her objects as a way of giving his mother a renewed purpose in life, but also as a way of documenting her past: “It gave my mother a space to put her memories and history in order,” he says.

The resulting objects tell of the history of social change within China: during the post-war Communist years, frugality was a mode of survival, and Zhao Xiangyuan learnt to carefully preserve everything for potential future use. This was a habit she continued despite changing circumstances for both her family and the country, leading to an accumulation of items that may appear like junk to external eyes but which also document a family's life. Many of the items in the exhibition date back over decades: in a text by Zhao Xiangyuan displayed at the opening of the installation, she writes that some pieces of soap are older than Song Dong himself. 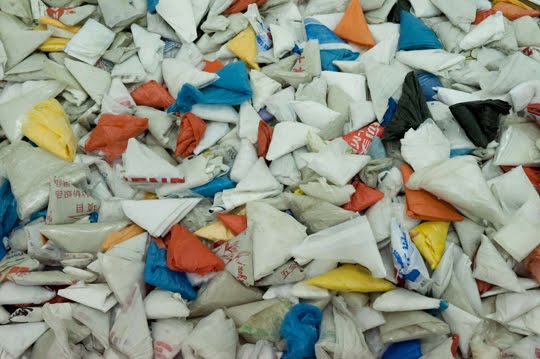 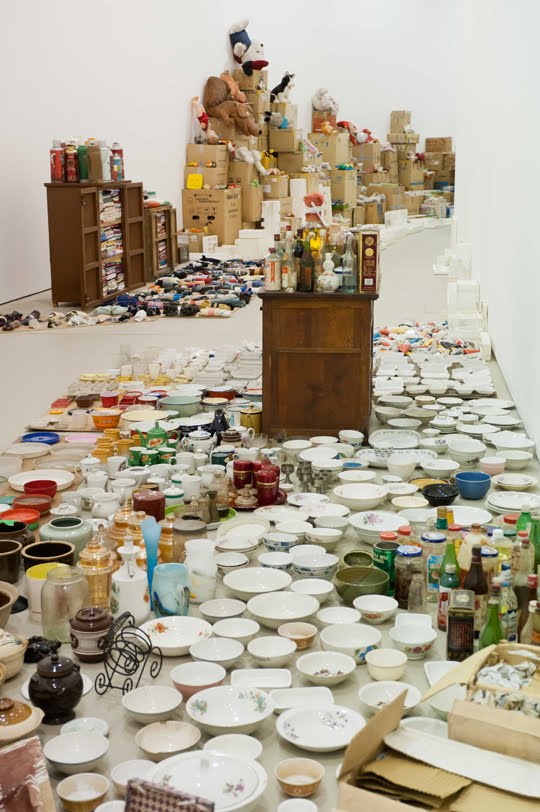 Waste Not was first displayed in Beijing in 2005. The piece contained a memorial to Song Dong's father, in the form of a neon sign that reads 'Dad don't worry about us, Mom and our family are doing well'. This sign is also on show in the front of the Barbican's Silk Street entrance for The Curve show. While she was present for this first installation, Zhao Xiangyuan died suddenly in 2009. The knowledge of this inevitably gives the piece an extra poignancy, with Waste Not becoming a tribute to Song Dong's mother and her way of life.

While deeply personal to Song Dong, and in some ways particular to China, there is much in Waste Not that resonates beyond that specific cultural setting. Our relationship with 'stuff' is one most of us have to tackle at some point in our lives, if not over and over again. The things we own tell stories about us: of our individual tastes, but also of our idiosyncracies, passions and quirks. When peering at the accumulation of dusty and fading objects in Waste Not, it is difficult not to think of my own ever-increasing piles of items, some collected with love, others through pragmatism, and wonder what portrait they would paint, to a stranger's eyes. 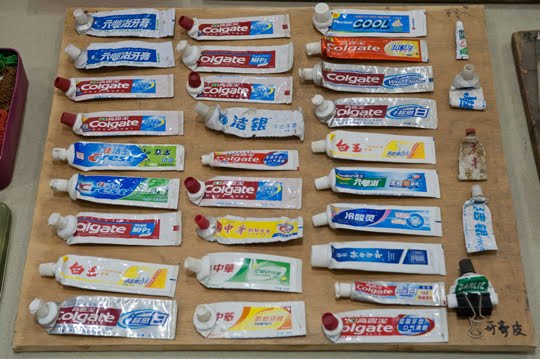 Waste Not by Song Dong is on display at the Barbican Curve until June 12. More info is at barbican.org.uk/artgallery.
Posted by SODSOA at 13:25