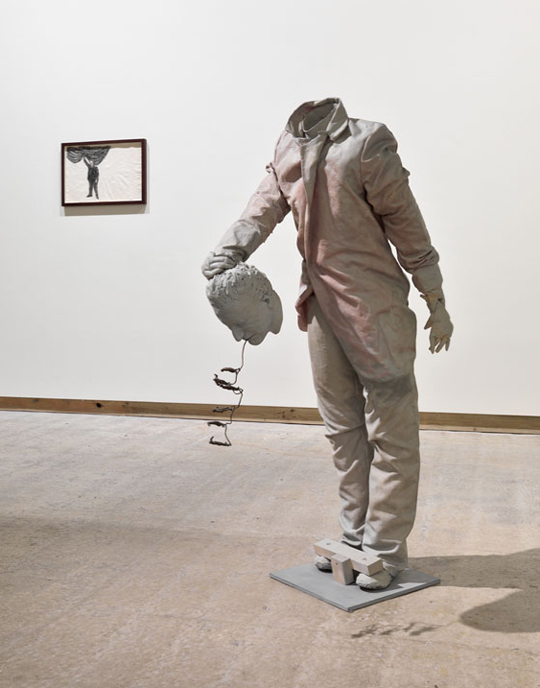 A number of sculptured figures tempt you into the Frith Street Gallery's exhibition of works by the late Spanish artist Juan Muñoz, but it is the opportunity to see some of his drawings and prints that feels like the real treat here...

The fibreglass and polyester resin figures are almost life-size, and feel appealingly human, despite their uniformly grey colouring. Each gives the impression of being hard at work, faces set with a squinting expression, though at quite what is unclear. They are leftover figures from Muñoz's stunning installation Double Bind, which was created for the Tate Modern's Turbine Hall in 2001. That work featured the figures engaged in intense, though somewhat mysterious activities over two floors in the space, linked by passenger lifts. Double Bind turned out to be Muñoz's last major work, and he died during its run at the museum, at the age of just 48. 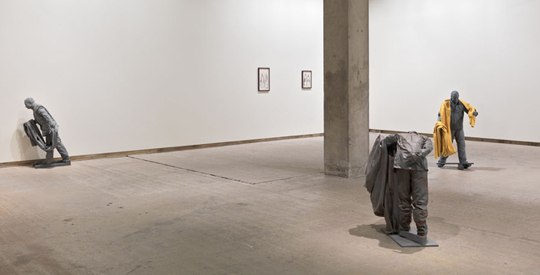 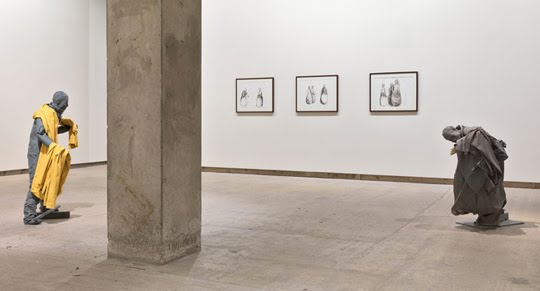 While the grey men studiously avoid their audience's gaze, the figures in many of the drawings stare out at the viewer. I'd not seen these works before, though they are clearly studies for Muñoz's sculptures, with many of the figures recognisable, particularly those who appear weeble-like, without legs. Though the drawings themselves, sketched roughly in oilstick on tracing paper, prove charming in their own right. 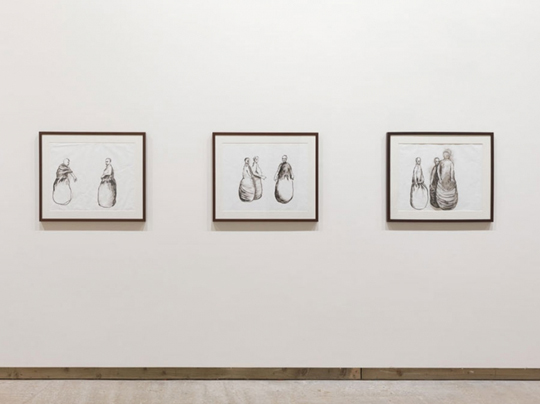 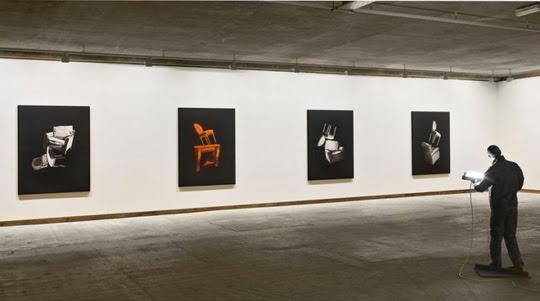 Downstairs is an even more surprising series of drawings, featuring furniture sketched onto a pitch black background. Defying gravity, the chairs and tables appear at unexpected, jaunty angles, at times almost floating in the air. Like Muñoz's people, the objects are both familiar yet of another world: they draw you in, but never fully reveal their secrets.

Juan Muñoz: An Inaccessible Moment is on show at Frith Street Gallery in London until June 20. More info at frithstreetgallery.com.