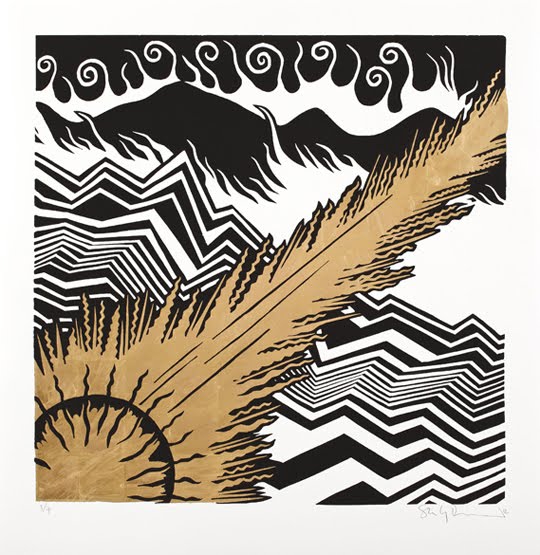 For any LA-based readers out there, this week is your last chance to catch Stanley Donwood's exhibition at Subliminal Projects, Shepard Fairey's space on Sunset Boulevard, in which he imagines the city engulfed in fire and flood...

At the centre of the show, titled Lost Angeles, is an 18-foot work featuring an apocalyptic LA panorama. The Lost Angeles series follows on from Donwood's 2006 work London Views, which pictured the UK capital under seige to raging elements. To create both works, Donwood meticulously carved the scenes onto linoleum before printing on paper, with the LA scene originally carved onto 18 individual pieces of lino. The finished work is shown below, alongside a detail from it. 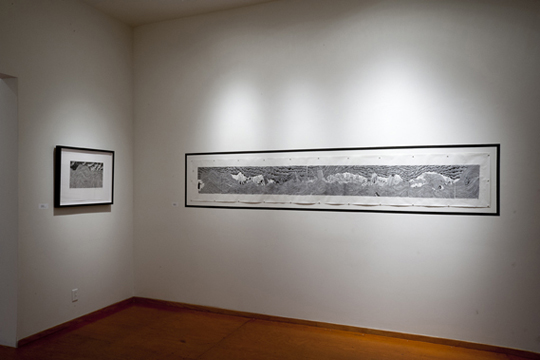 Donwood is also showing a number of other new prints from the Lost Angeles series in the show, as well as prints created to accompany the London Views work. A print from each series is shown below. Donwood is particularly renowned for his work with Radiohead, and a section of the main London Views image was also used on the cover of Thom Yorke's solo album, Eraser. 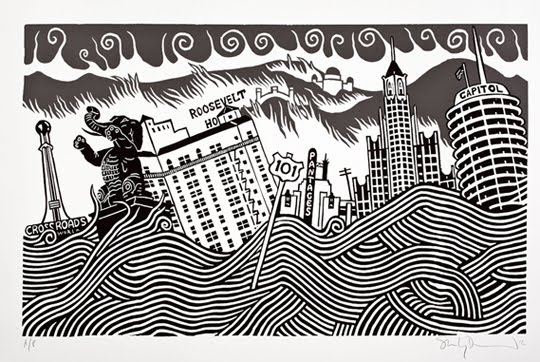 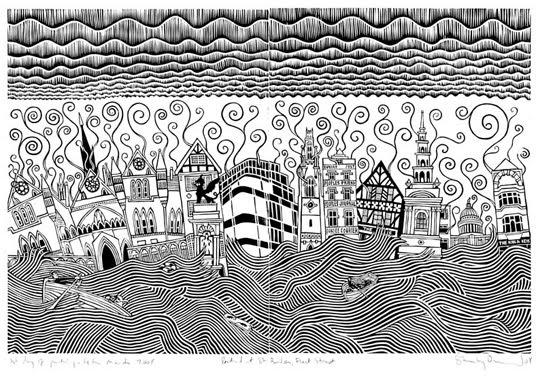 The show at Subliminal Projects closes on May 26; you can find info on it at subliminalprojects.com or peruse more of Donwood's work at slowlydownward.com.
Posted by SODSOA at 14:20