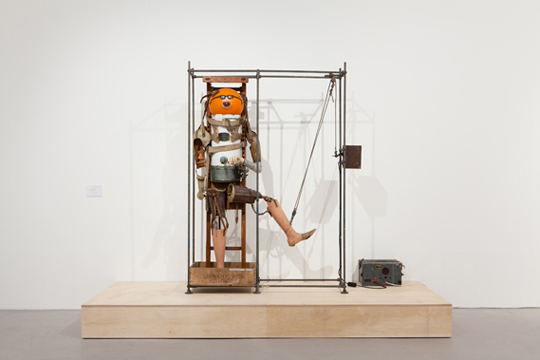 I’ve been slow to get to Camden Arts Centre’s retrospective of the work of Bruce Lacey, but it’s well worth visiting this eclectic, exuberant show before it closes on September 16 if you haven’t seen it already.

Oft described as an English eccentric, the creation of art has been central to Lacey’s life from the very beginning, as this show demonstrates. Now in his 80s, the exhibition begins with work created in his early 20s, when he was hospitalised with tuberculosis. The drawings and paintings he created then evoke childhood memories and macabre scenes, and this close relationship between Lacey’s art and his state of mind has continued in his work ever after, with the artist’s personal interests and passions always guiding his creative output. This has resulted in hugely varied styles of work, from complex kinetic sculptures to performance art to paintings of the moon. 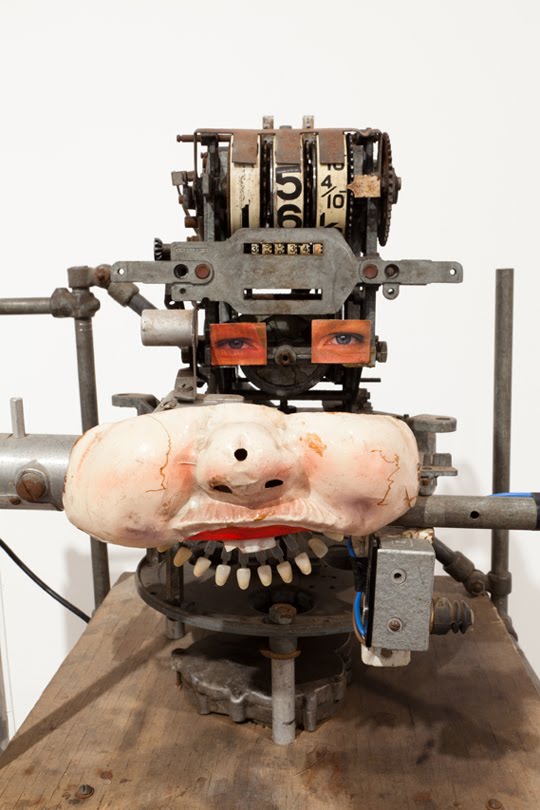 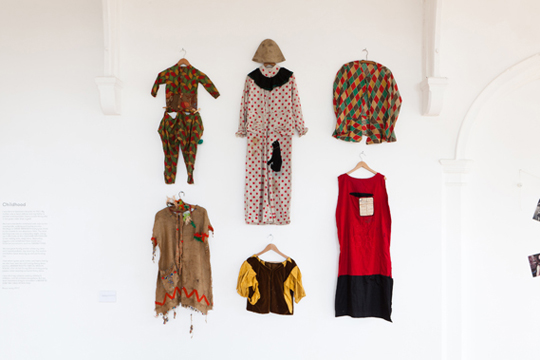 In the 60s, Lacey worked with cultural luminaries such as The Beatles (he makes an appearance in the movie Help!), Spike Milligan, Ken Russell and Peter Sellers. Props and costumes he created for TV and film are exhibited in the Camden exhibition, alongside clips from the shows, which serve as a reminder that mainstream, primetime TV could once be a far more exciting and mad experience than the slick programming we tend to see today.

Graphic design fans will be interested in a display of posters for performances by Lacey at festivals and events over the years, and a room at the gallery is devoted to later paintings by the artist, when he became interested in shamanism. For me, it his ‘kinetic automatons’, life-size moving sculptures that are half-man, half-robotic beasts that are most intriguing. Funny, moving and unnerving in equal measure, they express Lacey’s discomfort with the increased technology he saw developing around him, as well as his individual, at times dark, vision of the world. The sculptures are still in working order, with Camden Arts Centre activating them at certain times – see the website for details. 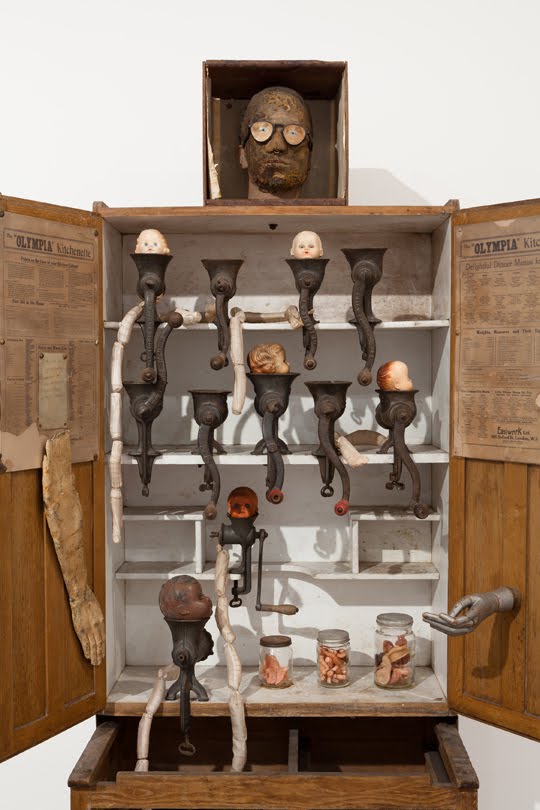 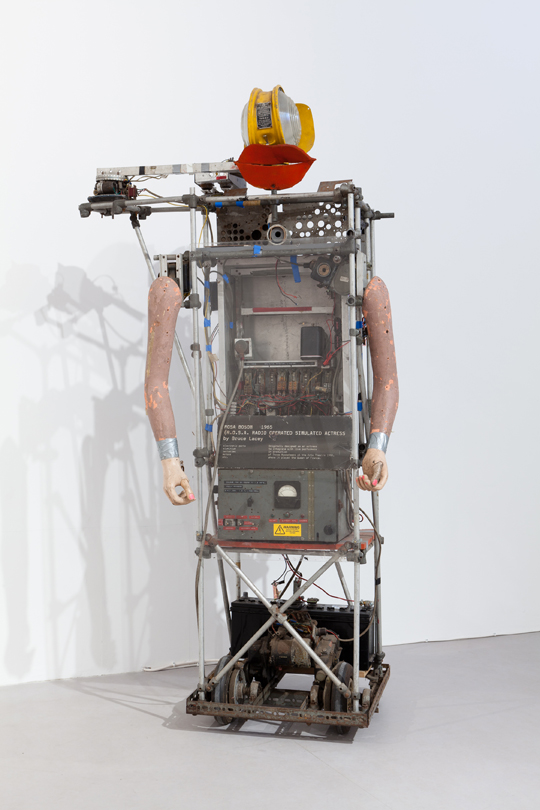 The show at CAC has been curated by art historian Professor David Mellor and artist Jeremy Deller, and is in keeping with Deller’s interest in artists and creatives who exist on the edges of the mainstream art world, if not entirely outside it. While, when taken individually, elements of Lacey’s work may seem confined to the wacky or bizarre, viewed as a whole, the exhibition paints a portrait of an artistic life rich in ideas, visions, and endless creativity.

The Bruce Lacey Experience is on show at Camden Arts Centre – more info is at camdenartscentre.org.